Back to All
AUG 2019 NEWS AYOKUNLE ADETULA

Nigeria has long been a challenging jurisdiction in which to obtain and enforce registered trademark rights. Recent changes represent significant and positive steps forward, as issues are finally being addressed.

Earlier this year, the Nigerian Trademarks Registry published a compendium of its trademark rulings – the first time that it has done so since being established. The publication was warmly welcomed by IP practitioners, brand owners and industry watchers alike. For practitioners on the ground, the hope is that this initiative will lead to further improvements in the trademark regime in Nigeria.

Following the success of the launch, the registry has decided to make such publications a regular occurrence. However, to meet this commitment it must ensure that opposition matters are dealt with in good time so that it has sufficient material to publish. The quick adjudication of opposition matters will in turn save brand owners the cost of a drawn-out process and provide more certainty as to when opposition proceedings are likely to be determined. This should create a more business-friendly climate for brand owners in the long run.

The registry has also started to assume responsibility for dispatching opposition documents, as provided by the Trademarks Act 1965. However, this process is in the early stages because the registry is still engaging courier companies to do this on its behalf. When fully functional, it is hoped that this development will reduce the cost of prosecuting or defending opposition matters.

Under the current system, anyone can oppose a trademark within two months of it being published in the Trademarks Journal. Notices of opposition from third parties contesting the ownership of confusingly similar or identical trademarks are not uncommon. Following the closure of the two-month window, the registry is statutorily required to dispatch these notices of opposition to the applicants. In practice, parties can choose between:

Further, the Trademarks Act and the Trademarks Regulations provide that a trademark agent is, to all intents and purposes, the representative of an applicant when it comes to receiving correspondence; therefore, all documents meant for the applicant should be addressed to the agent. However, in opposition proceedings, the registry has made it a policy that where the service of an opposition document on an applicant’s agent fails, the serving party must attempt to serve the document on the applicant directly.

Regular Publication of the Trademarks Journal

Currently, trademarks can be filed through either the Industry Property Automation System (IPAS) platform or through the online filing platform at www.iponigeria.com. The fact that more of the published marks had been filed through the online platform prompted IP practitioners to protest that the Trademarks Registry should also publish trademarks filed through the IPAS platform, along with any outstanding applications that have been awaiting publication for some time. Acceding to these calls, the registry published three issues of the Trademarks Journal on 30 April 2019, each dedicated to pre-IPAS, IPAS and online applications. This was a welcome development for many brand owners whose marks had been awaiting publication for several years. Brand owners should check through the issues to determine whether their pending trademark applications have been published. As is customary, these issues are priced at about $100 each and are available as hard copies only; they can be purchased from the Trademarks Registry. The registry also published two issues of the Trademarks Journal on 30 May 2019 for trademarks filed through the IPAS and online platforms respectively, followed by another edition of the journal on 30 June 2019.

The registry is now making plans to ensure that new issues of the Trademarks Journal are published on a continuous basis through 2019 so that the backlog of pending applications can be cleared and that trademarks for which applications are currently being filed can be published in record time after acceptance. The plan to ensure the prompt publication of accepted trademarks follows the government’s drive to ensuring ease of doing business in Nigeria. It should be noted that in a trademark registration process, the publication of trademarks is usually fraught with delays. Thus, with the regular publication of the Trademarks Journal, the timeline from application to trademark registration will likely fall. The Ministry of Trade and Investment, which oversees the Ministry of Trademarks, Patents and Designs Registries, issued a directive to the respective registrars of the IP Office in this regard, pursuant to an executive order on ease of doing business in Nigeria issued by the president. It is also expected that the registry may start to publish the Trademarks Journal online, following developments in other countries.

One problem that agents and brand owners continue to face is the loss of official files at the Trademarks Registry. Many files went missing when the registry moved location several years ago, while many other files have become inaccessible because of improper handling, making it difficult – if not impossible – to research details of pending applications or registered trademarks. The loss of these files is a major contributor to difficulties in processing search requests and issuing search reports to applicants.

To deal with this issue and to provide better services to applicants, the Trademarks Registry has embarked on a project – with the support of WIPO and the IP Lawyers Association of Nigeria – to digitise all the official files held in its records, converting hard copies of documents into computer-readable formats. The first files to be digitised were for manual applications filed at the registry before the introduction of an online platform in 2013. It is hoped that when all these files are digitised and fully integrated, they will be easily accessible, allowing registry officials to process applications in record time. This will ensure that even when physical files go missing, the trademark owner’s rights are not jeopardised.

Over the past year, the registry has made special efforts to engage with both agents who liaise between IP practitioners and the registry, and with IP practitioners and registry officials directly. As part of this effort it has organised meetings between its officials and the agents of various IP law offices. Registry officials have also attended events that enable them to engage constructively with IP practitioners, with a view to receiving feedback from users of their services and making changes based on this, so that the different stakeholders in the Nigerian IP system can develop a mutually beneficial relationship that balances the interests of brand owners with those of the Nigerian government. This has led to the improved resolution of issues that usually fester to the detriment of brand owners. Overall, the registry is taking an increasingly customer-centric approach, as evidenced by its plans to drive down the waiting period from trademark application to registration.

To complement these developmental efforts with regard to ease of administration and broad engagement with stakeholders, the registry has also been at the forefront of facilitating training for its officials in collaboration with the WIPO and other foreign IP institutions. Such training gives registry officials invaluable exposure to the current realities and developments in intellectual property all over the world, ensuring that Nigeria is not left behind when it comes to global IP developments. In the past year, the Trademarks Registry and the Patents and Designs Registry have both organised training for their employees and IP lawyers.

The Trademarks Registry has also made specific efforts to invite foreign IP practitioners and WIPO officials to organise training for IP practitioners and other IP stakeholders in Nigeria. In the first week of the second quarter of 2019, the Patents and Designs Registry gathered IP practitioners in Lagos for training on the Patent Cooperation Treaty; it immediately followed this up with a patent drafting workshop. This is a giant leap forwards from previous efforts, where the registry nominated a single attendee only to participate in training outside the country.

Having highly skilled IP professionals should be a major boost for trademark owners as the knowledge that professionals acquire during training helps them to successfully prosecute their IP rights in Nigeria.

The Patents and Designs Registry is now looking into publishing a Patents Journal, similar to the Trademarks Journal. While the Patents and Designs Act already has provisions to the effect that all patent applications must be published in a journal for opposition purposes, it has not yet fulfilled this statutory provision owing to lack of resources. It is expected that this milestone is to be achieved very soon.

Nonetheless, the recent push by the Trademarks Registry to improve the trademark environment has been praised by all practitioners on the ground. For international brand owners, it should lead to a more efficient, effective prosecution and enforcement jurisdiction when it comes to securing rights. 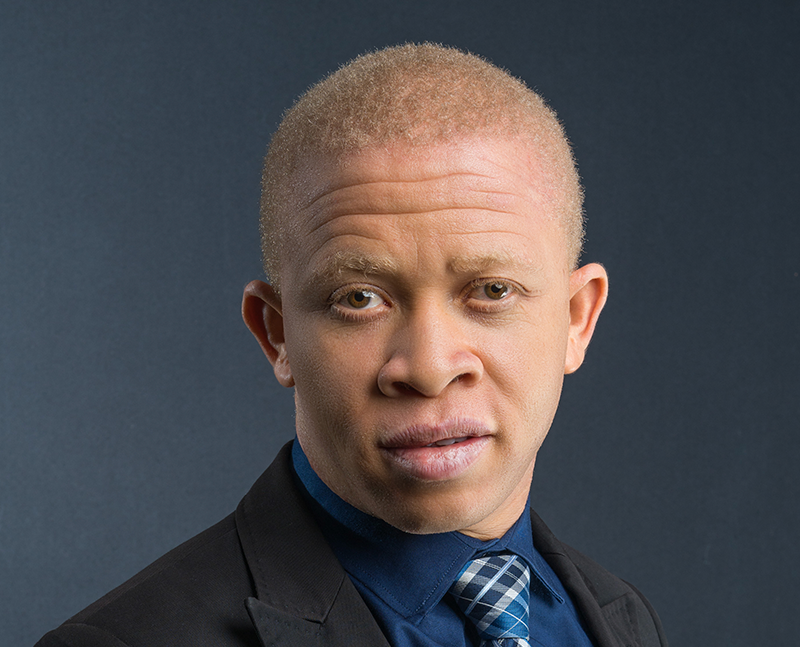